What became of the middle class American Dream? What really ‘made America great’ in the first place?

There once was a time in America when we all pulled together. There once was a safety net that allowed for bad luck to happen on the odd occasion without it completely destroying lives and families and permanently relegating generations individuals to ever lower and lower classes.
During that brief period in American history, wWe, the people, made amazing things happen with our efforts and our tax dollars.
Our hard work and generous spirit These efforts created nice , middle class government jobs and WE produced miraculous things that made all of us proud to be Americans.

We were proud to be part of a nation that did miraculous things. And, with our extraordinary America pluck, determination, and ingenuity, we created millions and millions of sustainable middle class jobs—in the private sector, the public sector, and the religious, charitable, and nonprofit spheres. Yet, despite this robust middle class, the largest, most enviable in the world, our captains of industry still managed to build mountainous, unassailable fortunes.

Despite taxation exponentially higher than today, the wealthiest of the twentieth century bought mansions, yachts, and land, traveling the farthest corners of the world in search of the finest luxuries known to humanity. Indeed, it was a glorious and well-gilded age. We Americans revelled in our meritocracy. Our Great American Middle Class, an august body known to nearly all from Taiwan to Timbuktu, bestowed upon anyone willing to “work hard,” whether they pounded nails, drove a bus, or accounted for the revenues and expenses of the local variety store, or defended hooligans in a court of law, a life of hope, social advancement, and enough financial stability to fully participate in technological and social transformations ranging from automobiles and electric housekeeping devices, to shopping malls, fishing boats, summer camps, and even seaside vacations. With so much available to so many, the most liberal among us fought hard to ensure that those left out of the Great American Dream weren’t denied access on account of color, sex, or sexual preference. Alas, this did not last.

A Paradise (lost)
Today, it’s a little harder to find the same pride because some mega corporation that bought or crushed all of its competition and made a gazillion dollars by outsourcing American jobs after poisoning entire regions, and at some point, they ceased identifying as an American corporation and became a multinational conglomerate whose corporate history mentions it was founded in America; but we are supposed to find the same pride because one of its founders has used his unimaginable wealth to conquer the moon. I don’t think they were planning to put an American flag on the moon, or Mars, or in the center of the earth, or the bottom of the ocean, and, chances are, the endeavor involved almost none of us. But, we are supposed to be proud to be Americans because a few of us are ungodly wealthy. Even if it was achieved by the wholesale impoverishment of masses of formerly middle class Americans…go capitalism!! We beat those Russians! Right?

Government isn’t supposed to spend its efforts and funds finding ways to allow corporations to have ever more freedom, cede control over government activities to private corporations, allow them to buy their competition out of existence, treat their customers and, in general, anyone within a fifty mile radius of their activities with, not simply a lack of human decency, but with utter disdain and contempt. It seems as if, the current administration and legislators are attempting to curtail democracy as they hand control of the state over to several corporate boards. This was supposed to be a cautionary sci-if dystopian device, NOT a goal.

With the increasing stratification, decreasing satisfaction and compensation, and increasing workloads of the last several decades, of course Americans are likely to agree with the sentiment that America isn’t currently as great as it has been. The problem is, what most of the people that voted for such a device were thinking of as “again” is the 1950s, while the legislators and administration they voted for are trying to deliver them into the 1880s.

The voters, who are feeling their grip on the middle class slip away every day, wanted to return to an America that was great for very different reasons than they are being sold. The America they want was great because of strong government, massive government programs designed to create the “great society” and increasingly strong regulations that protected its citizens. Of course, regulations lagged behind the science and Americans were poisoned before anyone knew it was poison, but no one WANTED to allow their fellow Americans to be poisoned for profit!!

The 1880s, by contrast, were characterized by a weak and indifferent puppet government that allowed a few tycoons to become the “robber barons” who amassed great wealth for themselves while literally viewing their workers as expendable capital inputs, carefully designing the least expensive way to allow the right number to die or get injured on the job without the cost of training replacements becoming overly burdensome. In a country that had just seen the end of slavery, slave contracts were designed for employees that protected the company in every way while putting the risk of working and obtaining payment for that work on the employee.

To bring another current issue that mirrors the 1880s to light, the robber barons actively sought to force the closure or sale of their competitors because they were openly seeking to create monopolies. Most Americans suffered while a few became outrageously wealthy. They were payed poorly and, to add insult to injury, their employers sought to recoup wages by clawing it back through monopoly pricing for necessary goods and services.

If Americans are unhappy with America today, which “great again” do you think they are searching for? The answer should be fairly obvious, as one seems like a distant memory while the other seems all too familiar. If change is on their minds, MAGA is only delivering more of the same.

© 2020 by Zoë Cohl and Femination, all rights reserved 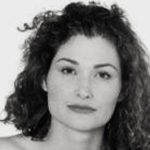 when i write (perhaps to heal)

when i write (perhaps to heal)